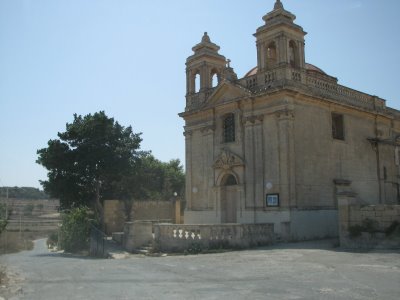 The Church of Our Lady of the Snow at Marsaxlokk is situated at the southern end of Malta.Â  Both the churh and the palace nearby were donated to the Discalced Carmelites in 1933 by the Marquis Lorenzo Testaferrata and his sister Carmela Testaferrata Bonici. The friars built their monastery between the two buildings so that they now comprise one edifice.

In 1986 the lower storey was refurbished to accommodate retreats on the premises. This work has now been extended throughout the building and the entire monastery and palace are now used as a House of Prayer for many groups and individuals who spend quality time in retreat and spiritual renewal.