What does it mean to be a Carmelite

Probably the most recognizable member of the Carmelite order is Saint Thérèse of Lisieux, popularly known as the Little Flower. Statues and pictures of this young nun in her brown habit and white mantle, usually shown holding a crucifix and an armful of roses, are found all over the world. More than a century after her death at age 24, Thérèse remains immensely popular. What many of her admirers don’t know is that when 15-year-old Thérèse Martin entered the Carmelite convent in her home town in France in 1888, she was embracing a tradition and a spirituality that had already produced and nourished God-seekers for more than half a millennium. 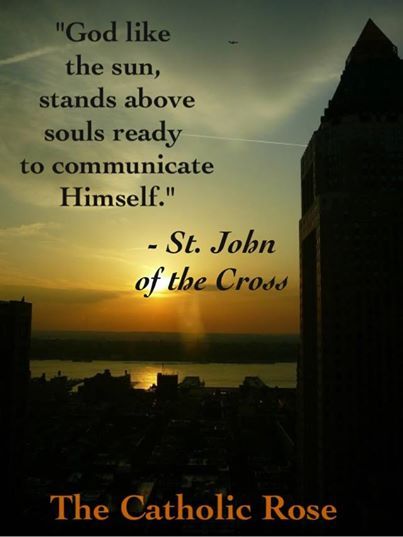 Who are the Carmelites?

Carmelites originated in the Holy Land as a group of lay hermits some time after the Third Crusade. Jacques de Vitry, bishop of Acre in Palestine from 1216 to 1228, said that “after the example of the holy prophet Elijah [they] live on Mount Carmel—on that part of the mountain that is near Haifa, by the wadi [“spring”] of Elijah. They live as hermits” in a cluster of cells built around a church they dedicated to the Blessed Virgin Mary. Because of their devotion to Mary and their church in her honor, they soon became known as “the hermits of St. Mary of Mount Carmel.”

In the 16th century Saint Teresa of Avila yearned to rekindle the Carmelites’ original hermit spirit. She founded small convents of nuns dedicated to simple, prayerful living and, helped by Saint John of the Cross (1542-1591), monasteries of friars also. Building on their Carmelite heritage, these two great Spanish mystics developed a new expression of Carmelite life that became the Discalced (“shoeless”) Carmelites.

In the 21st century the Carmelite family includes two main groups of friars and nuns and their respective lay (third) orders, comprising: the Carmelites of the Ancient Observance (O.Carm.) and the Discalced Carmelites (O.C.D.). The ancient “vine of Carmel” has sprouted many branches, including numerous apostolic congregations, secular institutes, hermits, ecclesial movements, and laypeople who live a Carmelite vocation in many nations, cultures, and walks of life. (For the purposes of this article, we’ll explore Carmelite spirituality through the lens of the Discalced Carmelite tradition.) 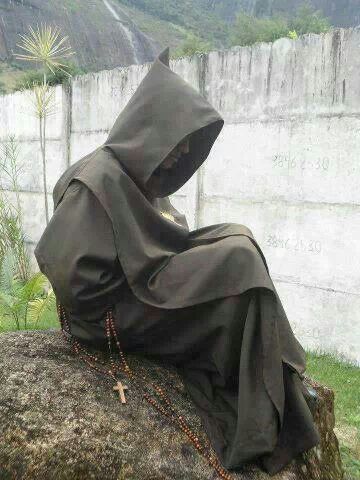 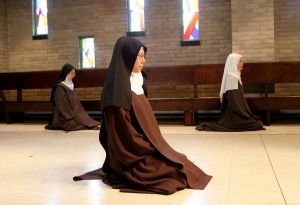 Carmelite spirituality offers a particular challenge: It’s both utterly simple and at the same time intense (some might think even intimidating) in its bare-bones, laser-sharp focus on God alone. The archetypal image of the mountain has always been associated with Carmelite spirituality, both for the physical Mount Carmel where the order began but also for the arduous climb to the summit of perfection recalled by Saint John of the Cross’ classic text The Ascent of Mount Carmel.

But as every Carmelite will tell you, Carmelite living is also a descent, an ever-challenging inner exploration where one meets the self, both the dark side and goodness, on an ongoing, incredible discovery of God within. As Saint John of the Cross (1542-1591) described it, “The treasures of Christ are like an abundant mine with many recesses of treasures, so that however deep individuals may go they never reach the end or bottom but . . . find new . . . riches everywhere” (Spiritual Canticle, 37,4).

Like many contemplatives, Carmelites can say, “I don’t do. I am.” That’s because even when the friars or nuns work, their primary ministry in the church is that of prayer, a witness to the centrality of God. Even for Carmelites engaged in active ministry, their aim is to live centered in God’s presence. In the spirit of the biblical prophet Elijah, “zealous for the Lord God of hosts,” they aim to be, like him, attentive to God’s voice heard in “the sound of sheer silence” (1 Kings 19:12).

Mary is the model

Ever since the first Carmelite hermits settled on Mount Carmel, Mary has been an inspiration for every Carmelite as she is for every Christian. Carmelites honor her especially for her total openness to God.

She is the beloved model of that humble listening that makes a “yes” to God possible, the fruitful dwelling place of the Word. Mary holds the things of God in her heart in reflective love and silence. She urges the follower of Christ to “do whatever he tells you.” With Mary, every Carmelite aims to have a loving care for God’s people, holding all their needs in the heart of their prayer. 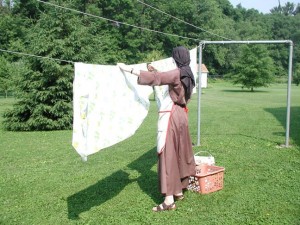 Unlike many other spiritual traditions in the church, Carmelite prayer offers no “method,” no specific steps or stages for the praying person to follow. That can be very freeing but also frustrating for 21st-century people looking for evidence of “success” and results even in their relationship with God. 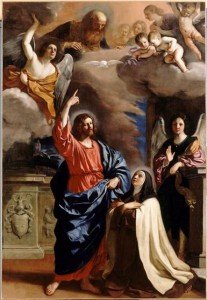 “In a world that prizes usefulness, measurable progress—what I’ve done, what I’ve achieved—Carmelite spirituality really challenges one to look through the façades to focus on the primacy of union with God,” says Father Michael Berry, O.C.D., a Discalced Carmelite of the Washington, D.C. province and its vocation director. There’s nothing to show—not even any defining ministry in Carmelite life. “So in that sense, Carmel is really marginal,” he says. “It’s a great opportunity to live Saint Teresa [of Avila]’s advice: ‘Only God is enough.’ ”

But not having any method doesn’t mean that Carmelites are left without resources in their quest for deepening union with God. A rich source of inspiration, formation, and experience are the writings of the great Carmelite saints and mystics, especially Teresa of Avila, John of the Cross, and Thérèse of Lisieux. Among the constellation of numerous Carmelite saints, these three have been named Doctors of the Church for the perennial richness of their mystical teaching and the soundness of their spiritual doctrine for people of every century and walk of life. The spiritual classics these saints produced are all in print and in e-books, translated into languages from Arabic to Swahili.

According to each of these spiritual masters, praying doesn’t need to be complicated. Here are their personal, practical definitions of prayer:

These saints also knew that the desire for God comes wrapped in human limitations. Teresa, the great mystic, was sometimes so distracted during prayer that she’d shake her hourglass to try to make the time go faster. Eminently practical, she wisely counseled, “Pray as you can, not as you can’t.” Thérèse admitted to routinely falling asleep during prayer time for most of her nine years as a nun. These flesh-and-blood people offer great hope to all who are committed to finding and serving God!

Prayer is not aimed at making the pray-er feel good; it’s about loving God through the litmus test of charity: “This is the reason for prayer,” Saint Teresa emphasized: “the birth always of good works.”

In Sioux City, Iowa, Sister Marie Therese (carmelsc.org) has discovered the reality that prayer imperceptibly and gradually helps transform the one who lives it. After 15 years in Carmel, she says, “Now I feel freer and more available to others. . . . It’s a different dynamic than before. Before it was ‘me, me, me.’ Now it’s ‘you, you, you’ ”—a focus on God and through God, others.

For both Carmelite contemplative nuns and the friars, prayer includes daily celebration of the Eucharist and the Divine Office, or Liturgy of the Hours, in common. But the anchor of the day is the two hours of silent, contemplative prayer, one in the morning and one in the evening, that characterizes their life.

Father Michael Berry describes these two prayer periods as “speed bumps in the day” that force a Carmelite to slow down. According to the Carmelite community rule, prayer and recollection should permeate the entire day. “But when you have to sit down, stop all the busyness, and sometimes just wait, that’s both a great challenge and a great gift,” he says. “It’s time to just be present to the One who loves you.”

Sister Marianna So, a member of the Terre Haute, Indiana, Carmel (heartsawake.org), also finds the joy and gift in these two hours of prayer. “It’s a luxury in a way,” she says; “most people don’t have this kind of time built into their life. It’s also very humbling” because this gift brings with it the responsibility to pray on behalf of those who are living very hectic lives. “It’s also our call to adore, praise, and give thanks, and there’s tremendous joy in that,” she says.

The climate of prayerful silence that characterizes a Carmelite’s day is not aimed at being “penance,” as it’s sometimes portrayed, but to enable Carmelites to deepen their relationship with God and one another. As Trappist monk Thomas Merton wrote, “The aim of the contemplative life is not to teach a person to say prayers, but to live in God.”

For Sister Marjorie Robinson, of the Carmel of Beacon, New York (carmelitesbeacon.org), this living in God is what keeps Carmelites connected with the whole human family. “While our life may be out of sight, it’s not out of touch,” she says. “It’s the dynamic of prayer and community living that helps” Carmelites become their best selves, not only for God but also to be able to hold the needs of all God’s people in the heart of their prayer.