A TASTE OF HEAVEN – an exceptional organ recital 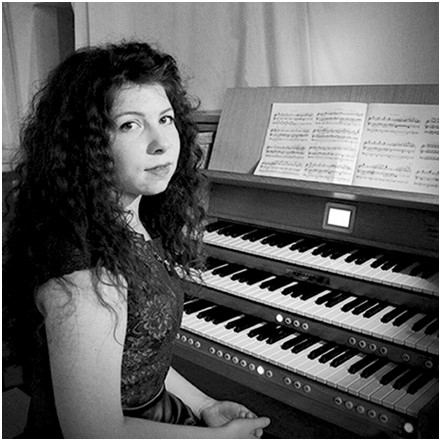 As part of the seventh edition of the Malta  International Organ Festival that is being held at the moment, the Discalced Carmelite Fathers are pleased to inaugurate the newly refurbished organ of their Church at Santa Teresa, Cospicua with an organ recital by Elizaveta Lobanova, one of two winners of last year’s Organ Competition within the Malta International Organ Festival.

This one hour concert will be held at Saint Teresa, Cospicua this Saturday, November 28 at 7.30pm.

Elizaveta Lobanova was born in 1998 in St. Petersburg, Russia.  There she studied organ and piano for 11 years and then harpsichord before continuing her studies in Italy.  She is currently preparing for her Bachelor’s degree at the Haute Ecole de Musique de Friborg (Switzerland) with Professor Maurizio Croci, an international renowned concert organist.

It had long been the wish of Father Martin Borg OCD that the organ of St. Teresa church be restored to a fine playable condition.  On his initiative this pipe-organ has not only been restored but also extended.  The project was carried out by Robert Buhagiar B.Eng(Hons) of Zabbar.

The original organ built in the 1950’s by the German firm ‘Werner Bosch’ had 652 pipes.  Unfortunately, its console technology, being of low quality, was its Achilles’ Heel throughout its lifetime.  A few years ago, it became apparent that a new console was needed.  Robert Buhagiar took this opportunity to extent the Bosch organ’s limited tonal resources with the addition of a separate pipe-organ which was redundant at a Methodist church in England – the two organs when combined together complement each other’s tonal resources – and both are playable through the new console.  The ‘marriage’ of two distinct pipe organs is a complex project involving, amongst others, painstaking voicing refinement for tonal blending.  The Saint Teresa organ is now among the largest organs in Malta with 1330 speaking pipes providing a very wide range of power and color. Apart from liturgical accompaniment, it is especially suited for Baroque music, but can take on a much wider repertoire.

Robert Buhagiar, a graduate in Electrical Engineering, trained in organ building and restoration at the renowned Mascioni firm in Italy. He has restored over 25 pipe-organs in a career spanning 22 years, earning a solid reputation for quality attested by foreign experts in this field. In 2003 he became a member of the International Society of Organbuilders (ISO).