FEASTS IN THE CARMELITE CALENDAR DURING THE MONTH OF AUGUST 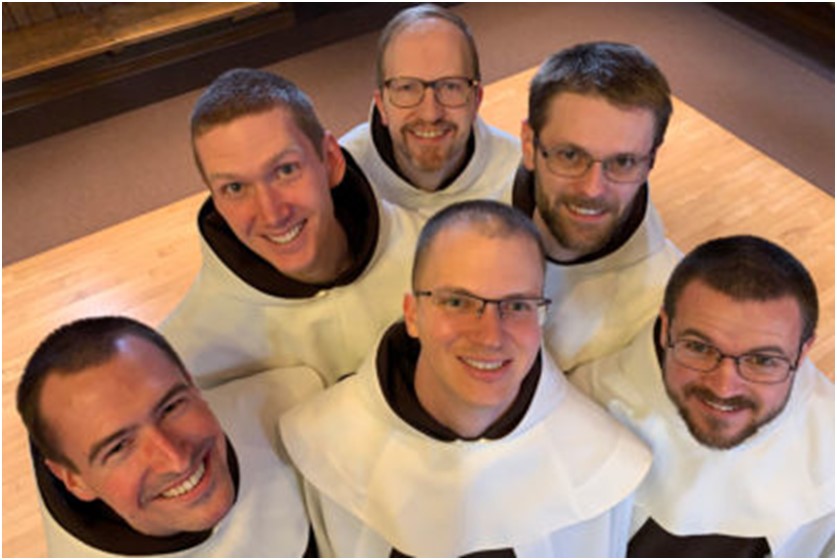 Albert degli Abbati was born at Trapani, Sicily, in the thirteenth century, and entered the Carmelite Order as a youth. He became renowned as a fervent preacher of the Gospel and a worker of miracles. He was Provincial of Sicily in 1296, and died at Messina, probably in 1307, with a reputation for purity and prayer.

Edith was born into a Jewish family at Breslau (then Germany) on October 12, 1891. Through her passionate study of philosophy she searched for truth. In 1922 she was baptized a Catholic and in 1933 she entered the Carmel of Cologne where she took the name Teresa Benedict of the Cross. She died in Auschwitz on August 9, 1942, during the Nazi persecution, dying a martyr for the Christian faith after having offered her holocaust for the people of Israel. A woman of singular intelligence and learning, she left behind a body of writing notable for its doctrinal richness and profound spirituality. She was beatified by Pope John Paul II in Cologne on May 1, 1987 and canonized by the same Pope on October 11 1998. She was proclaimed Patroness of Europe on October 1 1999.

Fr John-Baptist Duverneuil (b. 1737, Limoges, France) in religion Fr Leonard, Fr Michael-Aloysius Brulard (b. 1758, Chartres, France), and Fr James Gagnot (b. 1753, Frolois, France), in religion Fr Hubert, were among a group of 64 Martyrs, victims of the French Revolution, who were beatified October 1, 1995. In their loyalty to God, the Church and the Pope, they refused to take the civil oath of the Constitution for the Clergy. As a result they were imprisoned on a slave-trading ship in Rochefort Bay. During 1794, the first two Carmelites died on board ship: Fr John Baptist on July 1, and Fr Michael-Aloysius on July 25. After a plague broke out those remaining disembarked on the island of Madame where Fr James died on September 10. Noted for their loving ministry to their fellow prisoners and their patience in accepting every type of privation and cruelty our three Discalced (Teresian) Carmelite martyrs and their companions gave unsurpassable Christian witness to their faith and love.

Mary of Jesus Crucified was born of the Baouardy family, Catholics of the Greek Melchite Rite, at Abellin in Galilee in 1846. In 1867 she entered the Discalced (Teresian) Carmelites at Pau in France and was sent with the founding group to the Carmel of Mangalore in India where, in 1870, she made her profession. She returned to France in 1872. In 1875 she went to the Holy Land where she built a monastery in Bethlehem and began planning for another Nazareth. Noted for her supernatural gifts, especially for humility, for her devotion to the Holy Spirit, and her great love for the Church and the Pope, she died at Bethlehem in 1878. She was canonized by Pope Francis on May 17, 2015.

August 26 – Transverberation of the Heart of St. Teresa of Jesus Our Holy Mother

The chief among Teresa’s virtues was the love of God, which our Lord Jesus Christ increased by means of many visions and revelations. He made her his spouse on one occasion. At other times she saw an angel with a flaming dart piercing her heart. Through these heavenly gifts the flame of divine love in her heart became so strong that, inspired by God, she made the extremely difficult vow of always doing what seemed to her most perfect and most conducive to God’s glory (Gregory XV in the Bull of canonization).