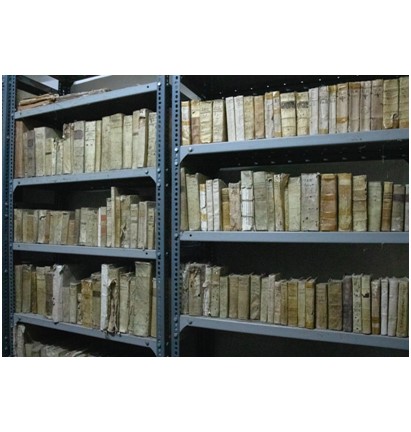 Figure i Our archives at Saint Teresa, Cospicua

RECOVERY OF MOUNT CARMEL IN ISRAEL

This is taken from a study written by Father Angelicus Busuttil, OCD.  See the full article at http://maltahistory.eu5.net/md/MD30.html

“… And here we have to mention the work of a Maltese recruit to the Order at Cospicua that led to the final reclamation of the biblical cradle of the Carmelite Order in Palestine and thus contributed so much to the worldwide devotion of Our Lady of Mount Carmel.[34]

Raffaele Calleja was born in the city of Valletta on the 30th of December 1772.  His parents, Pio and Ursola, were happy to see him baptized at the church of St. Paul Shipwrecked and to have as his godparent the Illustrious Fra Giulio Ferdinando Biancone, Conventual Chaplain of the Knights.  At the age of 20 years, he joined the Discalced Carmelites at Cospicua, where on the 14th of April 1793 he made his religious profession under the name of Julius of the Redeemer.  Sent to the Roman Province for his studies, he was immediately noted for his great humility and saintly way of life, as well as his ardent devotion towards Our Lady of Mount Carmel.  The Superiors General in Rome could not find a better man for the redemption of Mount Carmel from the Saracens, when, at the end of the 18th century, they wanted to do any sacrifice to reclaim the Marian cradle of the Order, after having redeemed it and lost it more than once.

The first attempt of reclamation of the Holy Mount was successfully made in 1631 by the Spaniard Fr. Prosper of the Holy Spirit through the good offices of the French Ambassador to the Turkish Sultan.  But all was lost again a few years after his death, and all further attempts proved useless throughout the latter half of the 17th century and the 18th century.

For this reason, Fr. Peter Alexander of St Margaret, Superior General of the Discalced Carmelites, called the Maltese Julius of the Redeemer and asked him to do his best to accomplish in a permanent manner the reclamation of Mary’s Holy Mount for the Order.  It was in the first years of the 19th century that this humble religious arrived at St. John of Acre and succeeded to redeem the House at Haifa, but the Pasha of Acre refused in a most adamant way to give him the Holy Mount.

Yet, after twenty-four years of patient diplomatic work amidst great personal sacrifices and poverty, he finally succeeded in redeeming Mount Carmel itself from Pasha Abdalla of Acre.  With the help of others, who then arrived to give him aid and encouragement, he saw to the blessing of the first stone of the Basilica of Our Lady which still stands there to this day. This blessing took place on the 5th of July 1827, whilst the solemn opening of the completed church took place on the 12th of June 1836.[35]

Fr. Julius was the first of a long list of Maltese Discalced Carmelites who tried their best to develop the devotion of Our Lady of Mount Carmel on the Holy Mount itself, most of them having a good knowledge of the Arab language, besides Latin, Italian and English, throughout the 19th and 20th centuries up to the present day.[36]

A fellow Maltese who came in contact with the Discalced Carmelites community at Cospicua in the latter half of the 18th century was the human instrument in the hands of God to establish anew, up to this time, one of Mary’s most renowned Thrones of Grace is the Catholic Church, namely the Sanctuary-Basilica upon Mount Carmel, the cradle of one of the most known and spread Marian devotions throughout Christianity.[37]

[35] It seems that it was willed by Providence that little Malta would be such instrumental in fostering the devotion to the Holy Mount of Carmel, for the new church was blessed by another Maltese, the Franciscan Francis-Mary from Malta Custodian of the Holy Land at the time.

[36] There is a long list of Maltese Discalced Carmelites who lived for years on the Holy Mount of Carmel, but we have to mention the lay Brother Luigi of St Joseph (Poggi) born at Cospicua, who, in the first years of this 20th century, painted and redecorated the Sanctuary-Basilica on Mount Carmel in a magnificent way.  A good number of his paintings are preserved in the Carmelite Sanctuary of Saint Therese at B’kara.  They were shipped from Mount Carmel Israel to Malta by the then Provincial Father Pius Sammut and Father Cyril Borg, missionary in Israel.  Father Cyril worked tirelessly for two decades in Israel.

[37] Marialis Cultus, the Apostolic Exhortation of Paul VI, No 8.